Info: MACS's job in the framework of these Programs is to support CAGECE in the general administration and implementation of the Programs including all its technical and financial details and cost control.

The region of Ceara in Brazil is providing rural water and sanitation through the association SISAR.

After the good results from the first Program – Ceara I – the State of Ceara and KfW decided in 2004 to sponsor another Program in the rural areas. This new Program – Ceara II – aims to enhance SISARs Quixada and Russas by building up 30 water supply systems within the area supported by those SISARs. MACS also have a role in formatting the Ceara III Program, a EUR 3 million grant from KfW to both SISARs involved in the Ceara II.  Our new job in the framework of these Programs is to support CAGECE in the general administration and implementation of the Programs including all its technical and financial details and cost control.

All Water news
Back 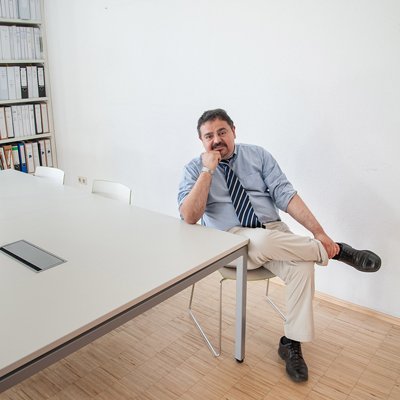 Kassyo is our Brazilian finance expert who combines an MBA in International Business with over 10 years of professional working experience in non-profit-organizations. He is mainly active in our Latin American projects focusing on capacity development, training and educational measures for the staff of non-profit service providers as well as on management support to project implementation units. Besides Latin America, he has performed assignments in Uganda and Mozambique.

Kassyo uses his financial modeling skills to support the development of cost covering water supply services and his familiarity with participatory training methods has enabled him to implement business plans and financial projections as living documents, which can be administered by the people in the project. Kassyo is fluent in Portuguese and English.